» Miniature of Landmarks made from used pen refills 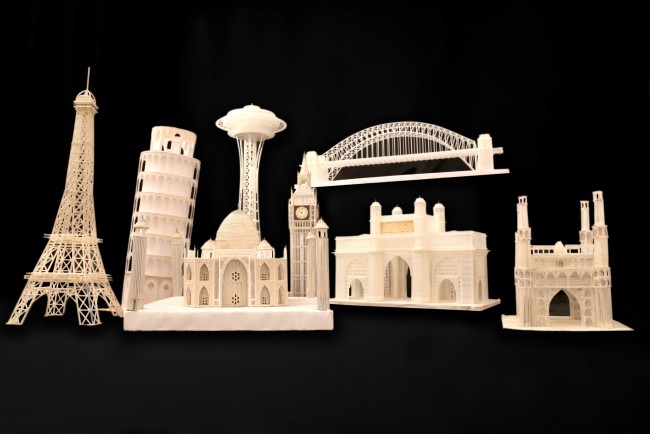