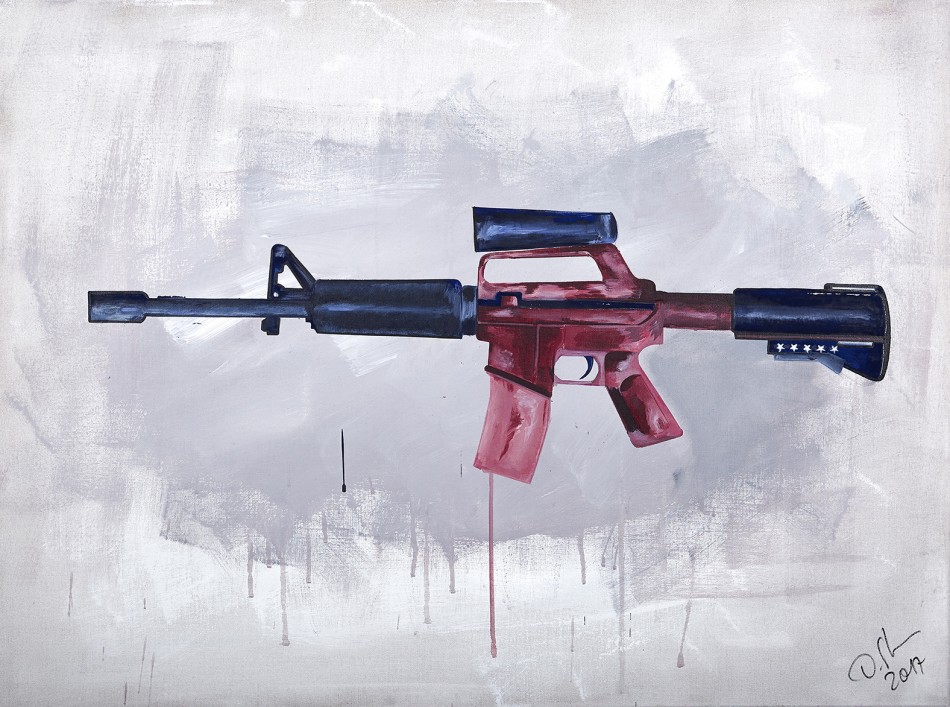 Revolvers, pistols, semi-automatic assault rifles, machine guns: It would almost seem as if Americans can’t do without
weapons. The list of weapon types is long and the demand is high. Places like Newtown (Conneticut), Aurora (Colorado),
Los Angeles (California) and Sutherland Springs (Texas) have gained notoriety as a result of the shooting sprees there.
And after each shooting, new weapons are purchased. It’s a flourishing trade. What is it that keeps weapons sales going?
Or, if we look at it differently, what is it that makesweapons seemingly indispensable to many people?

The diptych Brother & Sister (The Final Countdown) shows the most popular and most frequently purchased types of weapons
in the US: the semi-automatic AR-15 (America’s Gun), which has been the mass shooter’s weapon of choice time and again,
and the Colt M1911, a popular service pistol with the police and the army and ponders the question of what has to happen
in society for outdated ideas to change.