Racism is a public heatlh issue 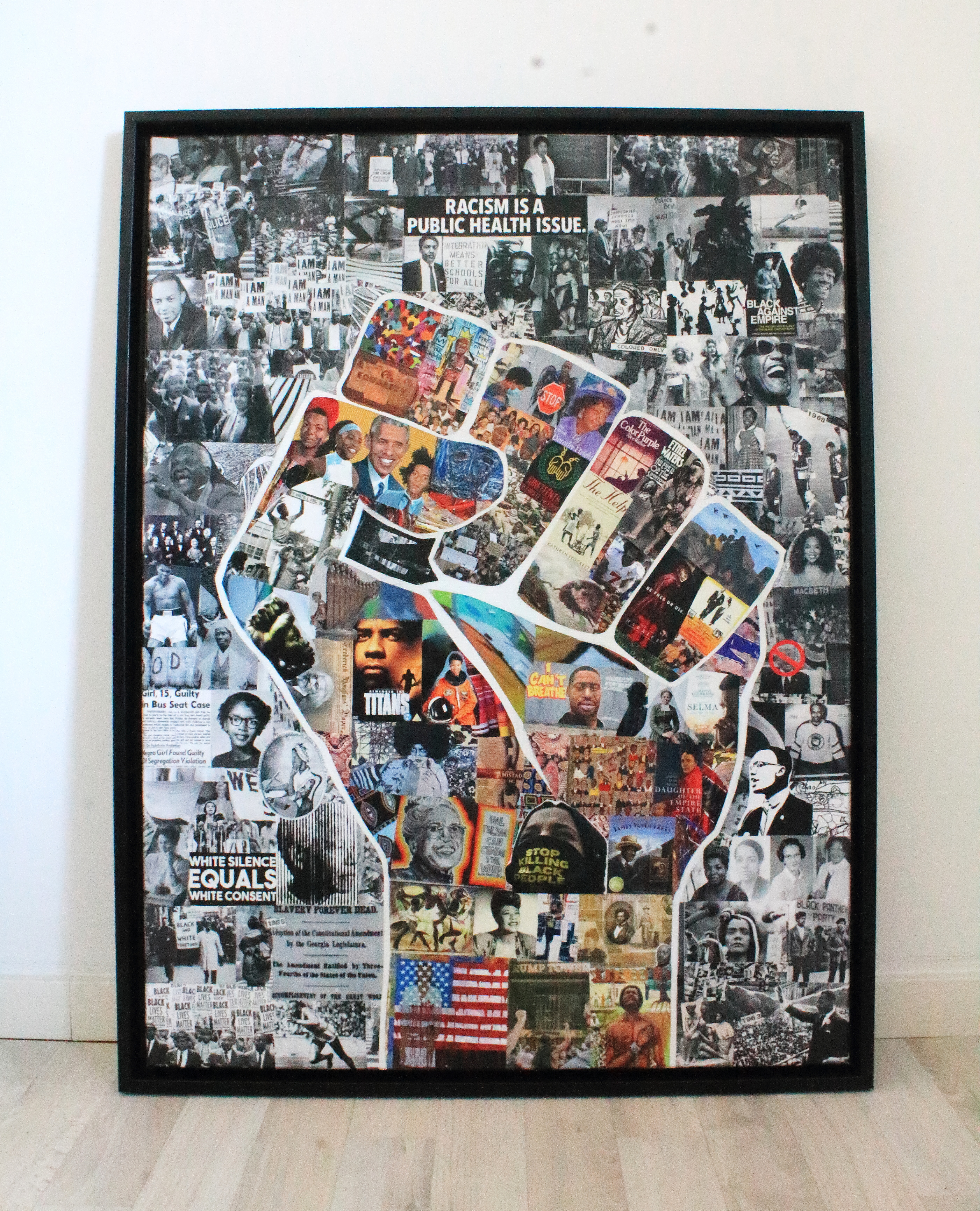 “Racism is a public health issue” is my tribute to a hundred historical figures, who put their heart and life at the service of the African American fight for justice and equity. Some are famous, like Martin Luther King, Rosa Parks or Maya Angelou, others are lesser known heroes like Harriet Tubman or Bayard Rustin. In Mai 2020, the killing of George Floyd sparked a wave of outrage and protests around the world and became the starting point of a globalized movement against racism and discrimination.

This collage artwork required approximatively 25 hours of work, starting with hours of online research and self-education on the subject. It was such an enlightening time, deepening my knowledge about the dark times of slavery, the Underground Railroad in the US, the long path to racial equity and healing… After these overwhelming but humbling hours of research came the digital part of my work: I downloaded the pictures of the historical figures I chose for my collage, adjusted them to the right size and had them all printed in high resolution on magazine paper by a company next door, in Munich. Afterwards started the last stage of the collage creation: cutting out the different pieces and organizing them in the shape of the Anti-Racism Symbol: a fist.

The goal of my artwork isn’t only to raise awareness, it is also to raise money for a very special cause: I will donate 30% of profits to the charity The Conscious Kid, an Anti-Racist Children’s Book Education Fund. What they do is providing books in schools to counter anti-Black bias and racism starting from the youngest age. I chose this charity specifically because I deeply believe in this: erasing racism must start with the kids!