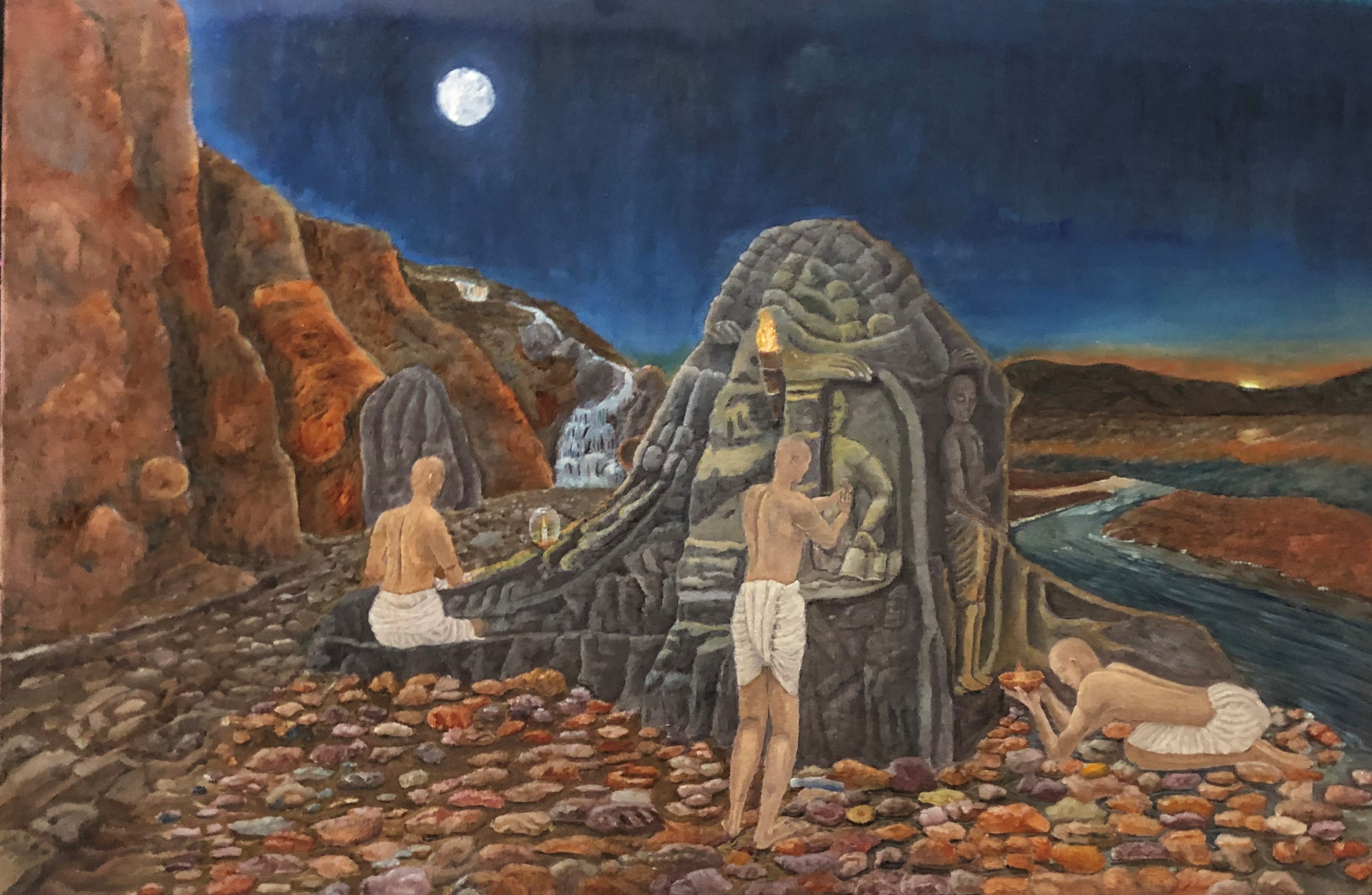 The painting started off with visualising the idea of multiple paths to liberation / god (as mentioned in Bhagwat Gita) – Bhakti (devotion), Karma (Action), Gyaan (Knowledge) (from right to left in the painting). The painting also talks about the eventual union of the three paths (three sides of the same stone) and a need to appreciate all three (the central stone reflecting not just the person but also highlighting the other paths e.g. the sculptor in front of the Bhakti holds a trident depicting karma). Moving beyond, the painting tries to capture the road ahead as well (person’s journey beyond the stone to seeing a similar reflection in nature and everything else) depicted in the background with the rivers meeting, the mountain’s devotion to the sun & the sun’s light reflecting on the moon – just like the light sources of the protagonist reflect on their sculptors.