A Moment of Chetna 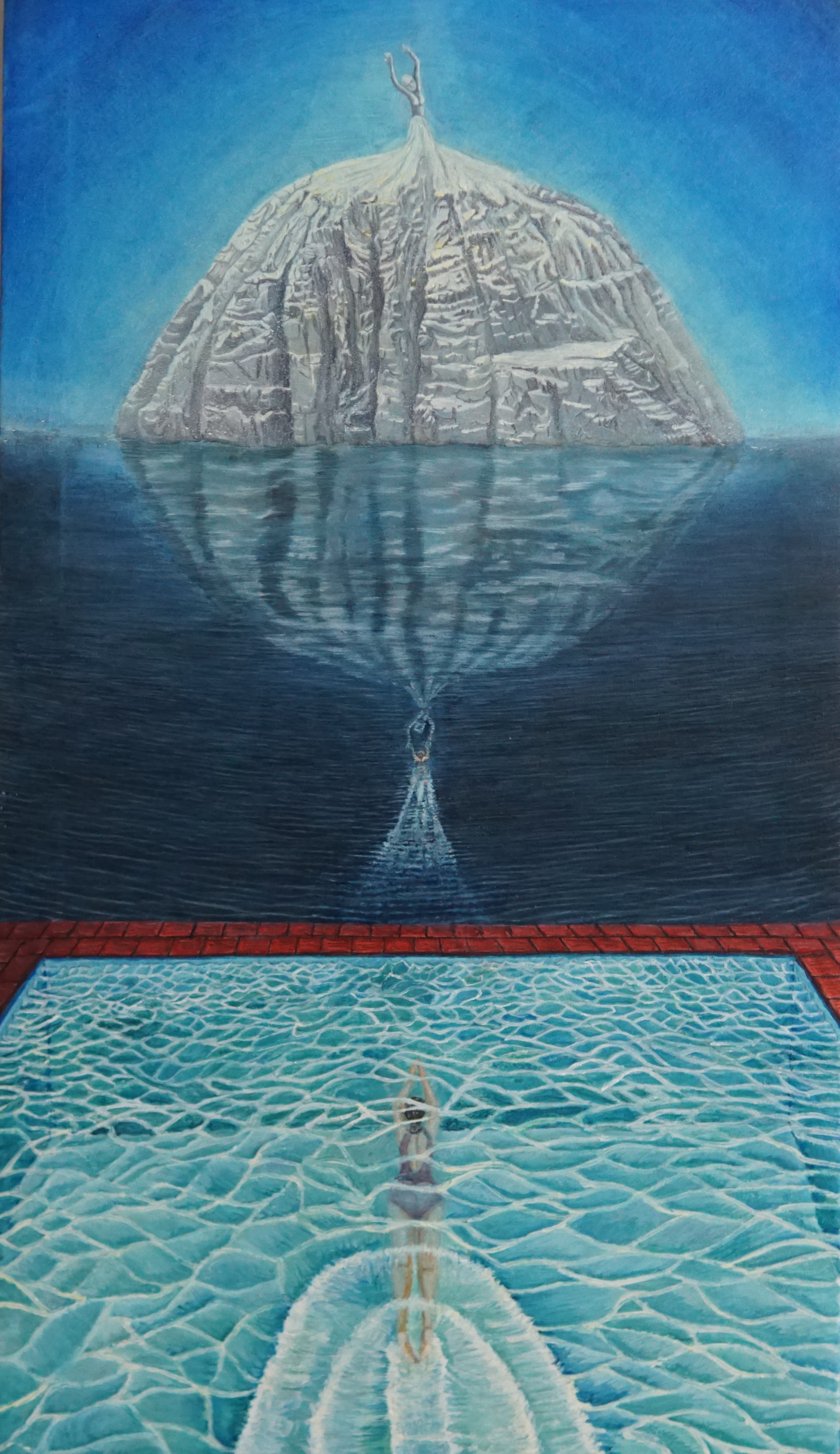 The painting is a visual representation of Chetna (translates to consciousness / awareness). We reflect on the notion of the different levels of consciousness (performing similar actions in different mindsets / environments).

The first phase is that of a preoccupied mind, full of activity and restlessness. All thoughts and actions are immersed in the turbid waters of a constrained mind. Here the idea of self is magnified as can be seen in the central figure of the swimmer in the pool prostrated towards the ideal of Chetna.

Moving beyond, into the ocean, the swimmer is miniscule compared to the vastness of the surrounding waters displaying the insignificance of the self. What stands out is the impact of the swimmer's actions as she playfully interacts with the reflected image of Chetna

The final protagonist of the painting, Chetna herself, stands tall, not moving (without action), momentary and permanent at the same time. Chetna, is not differentiated from her surrounding but rather is integrated into it. Chetna stands anchored in awareness and performs all actions in a state of bliss.