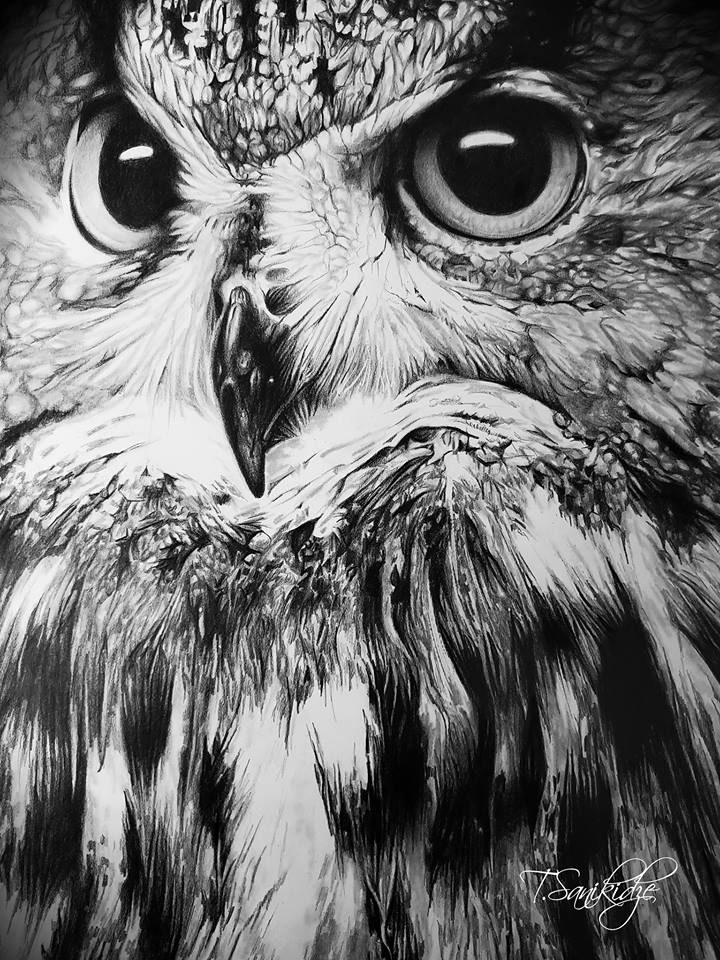 There are wounds in life, that gnaws a soul of lonely men, like leprosy” – this is how the book starts, which is considered as the first Iranian modernistic novel. Book is called "The Blind Owl" and was written back in 1936 in India, by the Iranian writer Sadegh Hedayat. After reading this book, I had many ideas about what to paint. Finally, I decided to draw this painting. Of course, it does not echo the contents of the book and is only related to the title. But sometimes it happens so. I am writing this because a lot of people asked me why I decided to draw exactly the owl. The reason behind is that at that period of my life I was perceiving the reality this way. The owl itself is characterized differently by the people. Its symbolic importance is also double/dual. Some consider an owl as a lovely and wise creature. Its cleverness comes from Greek myths. In ancient Greece, the goddess of wisdom - Athena was always accompanied by the owl. That's why a lot of people think that it is smart and wise. As a symbol of erudition and knowledge, the image of an owl often adorns the logos of various scientific publications. Everyone's favorite intellectual game "what" "where" "when" awards the best player with an owl.

There is an opposite opinion as well, according to which an owl is a symbol of sadness, death, nostalgia, and loneliness. So, I think, this painting somewhat unites all the emotions that one feels, while living in emigration, especially at the initial stage. I do believe that in the future wisdom will prevail over sadness, loneliness, and nostalgia.