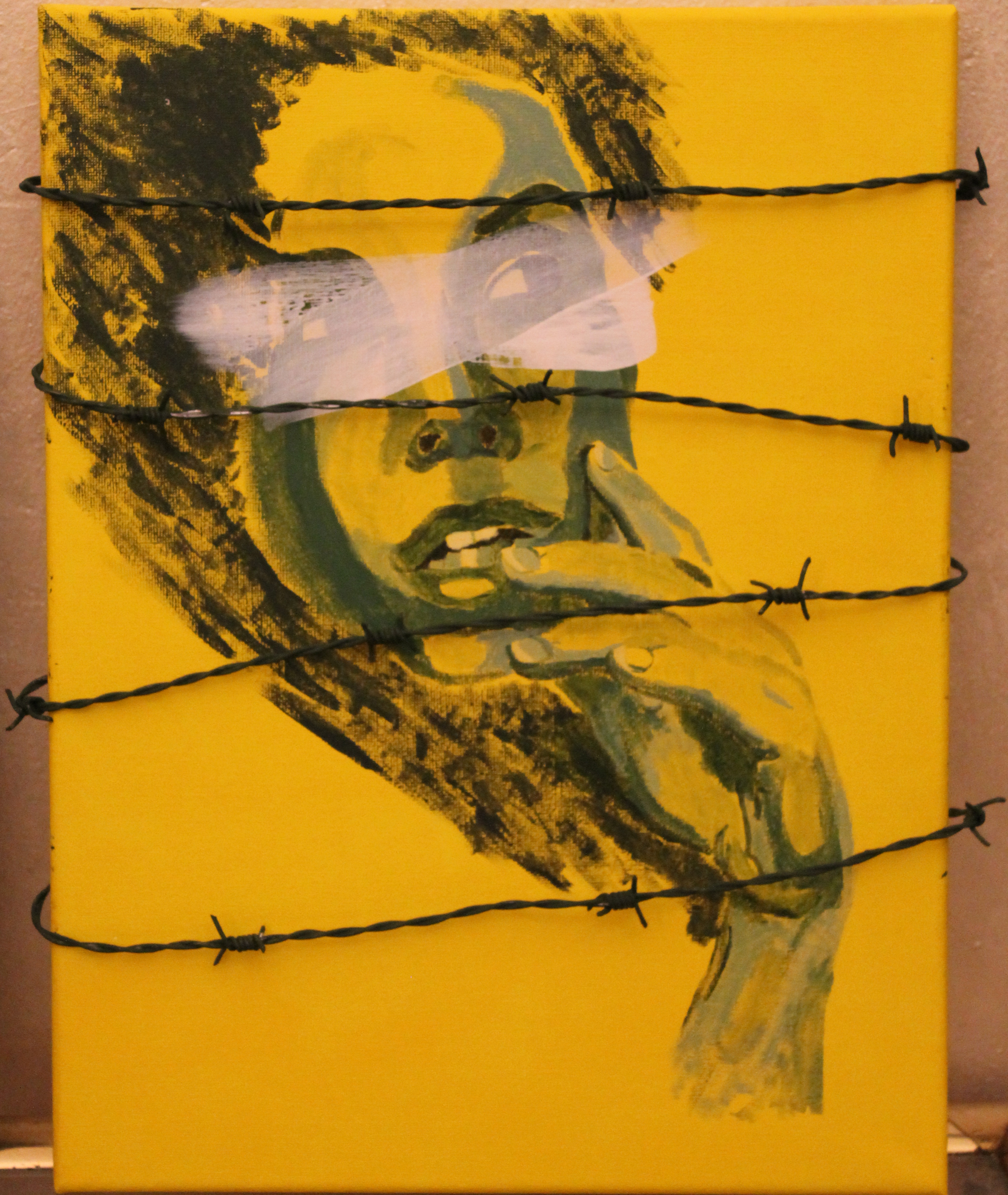 The piece is one of the figurative Desire series. The "Desire" series shows a female figure coming out from an indistinct backdrop: it's the desire, sometimes explicit, sometimes frustrated, denied or perceived as a violent urge, which actually reveals our surrender. In the DESIRE_2 the white brush strokes try to erase the woman's eyes; the barbed wire tries to hurt and to confine her. Those actions reveal man's violence and his failure as a human being.