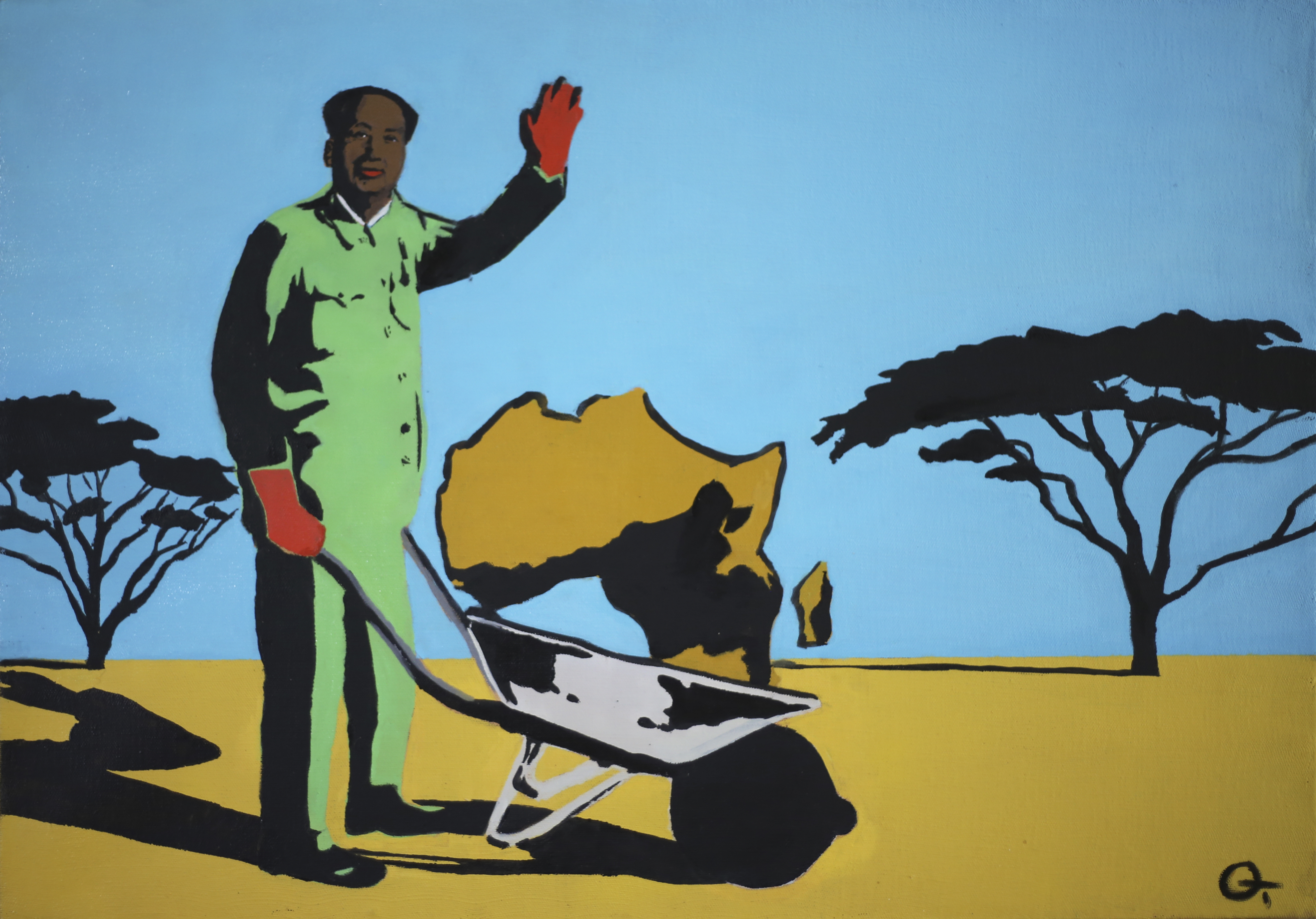 In the words of  Columbia university professor Mourdoukoutas: “What China Wants From Africa? Everything.”

The painting is made with oil on linen, the canvas is prepared with Bologna plaster and organic glue. The oil paints used are Blockx, Michael Harding and Maimeri Puro.

The painting has a certificate of authenticity guaranteed and signed by the artist himself.

Not a Wonderful World

Not a Wonderful World is concerned with the evils of our century. It is not meant either as a nihilistic approach, or as an act of condemnation for the people involved, but just for their actions.

It is a good-natured overall look  by a man among men, aware that no one is totally innocent, no one without hope.

In fact despite the title, the world IS wonderful.