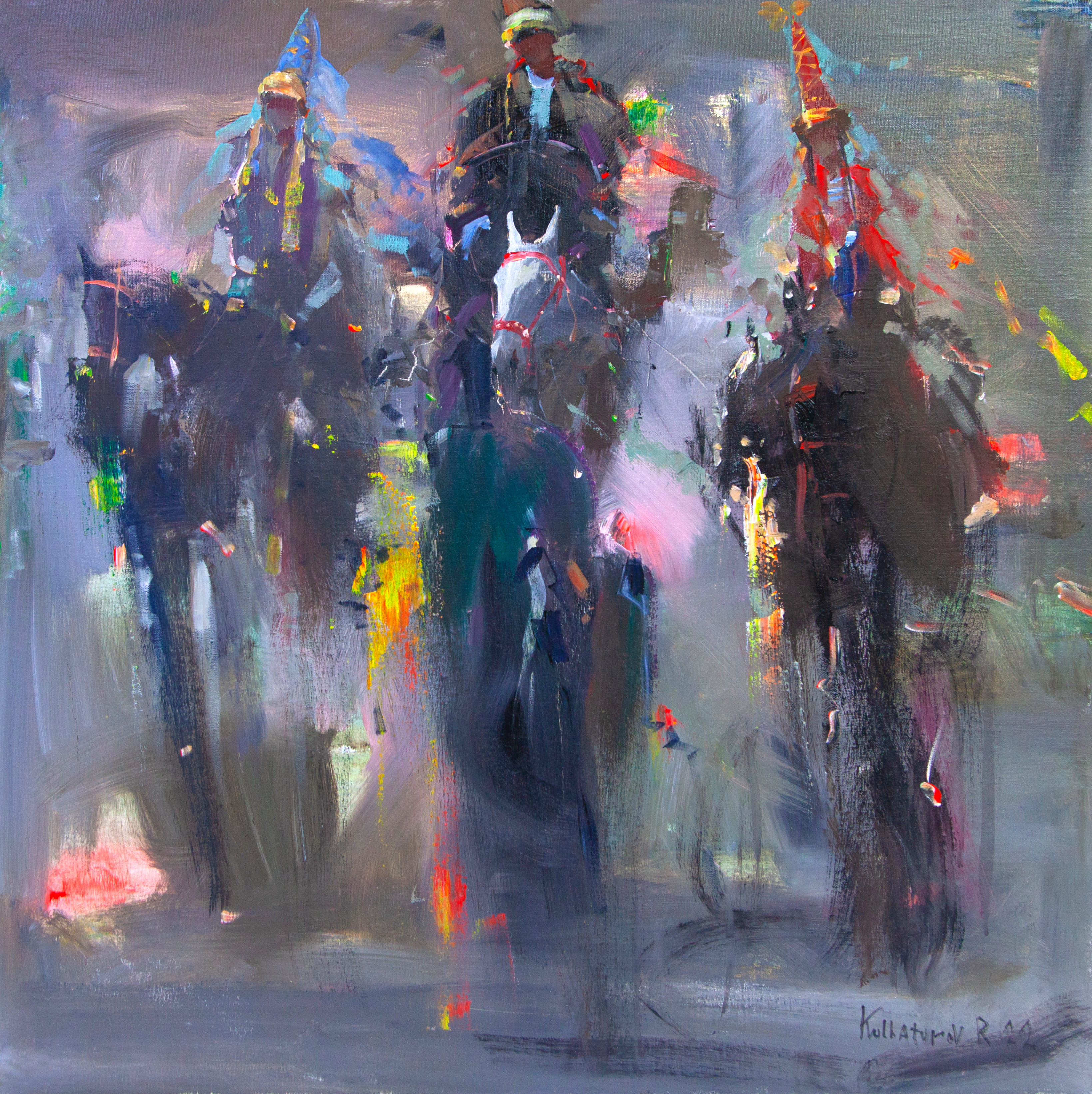 In the work "Meeting" I wanted to show a tradition that shows the relationship between a woman and a man. In the Kazakh tradition, men in ancient times attracted the attention of women by playing the dombra and singing. Dombra is a national instrument of the Kazakh people. In my works I try to fill in the forgotten Kazakh traditions, which for centuries laid the foundation of education and morality. Indeed, in this work you can see red spots, these are the clothes of a girl, traditionally unmarried girls wore red. Also, there are moments where the newlyweds can be accompanied by an older sister on the girl's side. Such traditions are not practiced today, but it shows the depth and uniqueness of the nation.