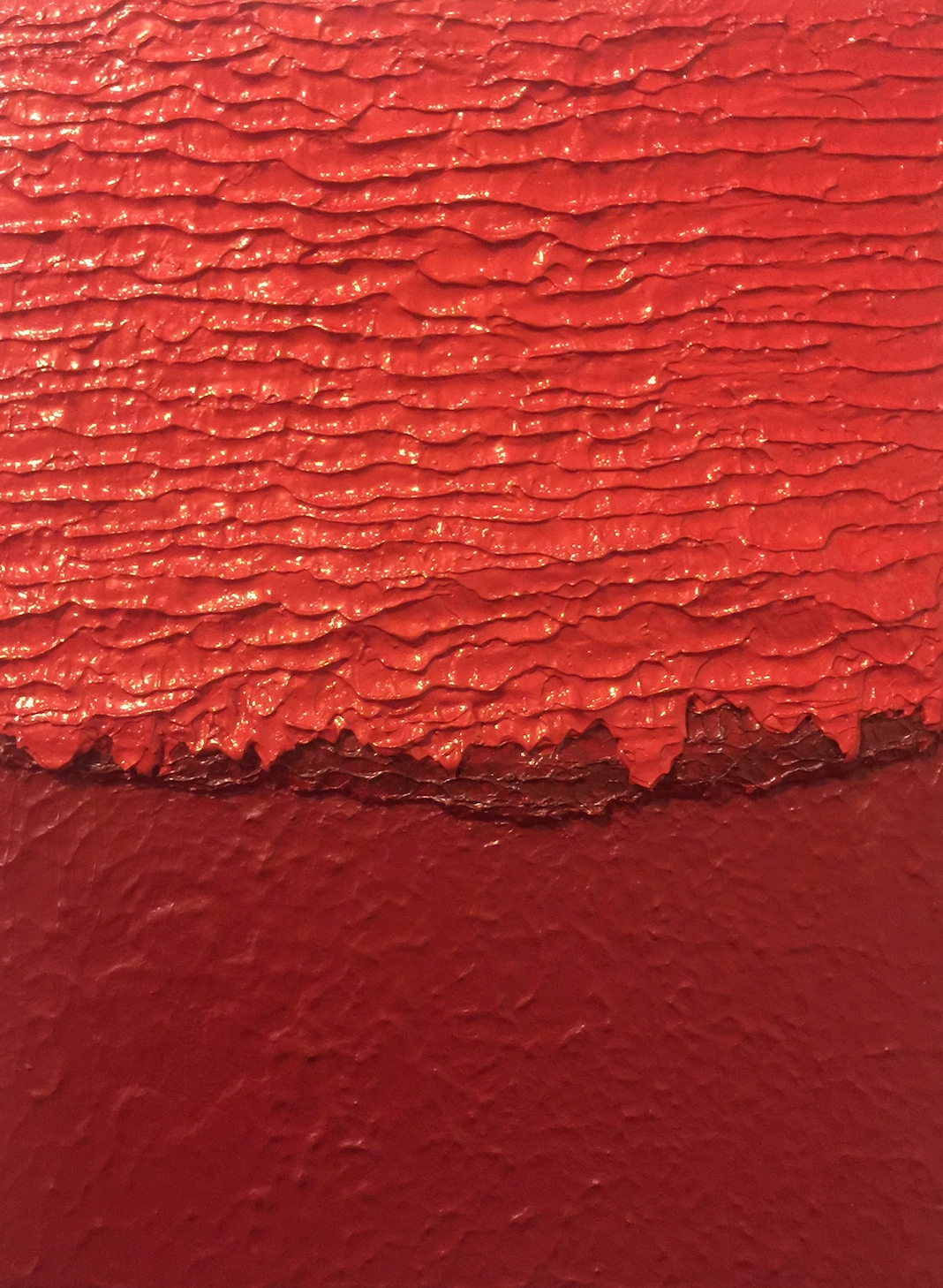 In a time of a technologically advancing and complicated world, this series of works are conceptualized as an attempt to form a conduit of expression with nature while slowing down the process of being. Vaguely resembling NASA satellite images, each painting is envisioned as a means of making manifest an abstraction of the interconnection and clash between nature and humanity. Both battle in a cacophony of colors and textures until they seemingly merge and diverge. Dimensions and realities appear under the layers of application, reapplication, and distortion. Fragmentation of techno-imaginary landscapes are interpreted in bright color palettes and dynamic geometries. The impact of humanity on nature creates a new cadence. Three dimensional layers follow the movement and dance to the rhythm. The energy amplified into a visual depiction of the confrontation between humanity and nature known as Mundo Externo.