The user hasn't created any collections yet. 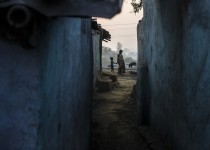 In the State of Jharkhand, in the northeast of India, the Damodar Valley became a hell on Earth. The open-cast coal mines there took over the forest. These mines have been active without interruption for over a century.

The extraction of the "black diamond", destroyed the fauna, the flora, and upset the topography.

For more than eighty years, a huge underground fire is burning exhaling enormous quantities of carbon dioxide into the air.

All efforts to put out this fire have been in vain.

In the suffocating hostility of this environment a miserable people sacrificed to the economic development of India, works and survives despite the many diseases caused by the toxic atmosphere.

The lucky ones are employed by mining companies. For a dollar a day, men and women break the coal that they carry in wicker baskets on their head to load the trucks.

But the majority of them, by thousands, before dawn, illegally collect coal to sell it at the black market.

For several weeks I shared this hell with them. Despite their exhausted faces covered in soot, I was deeply moved by their courage and dignity. 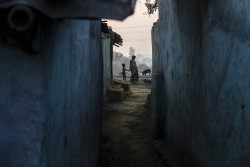 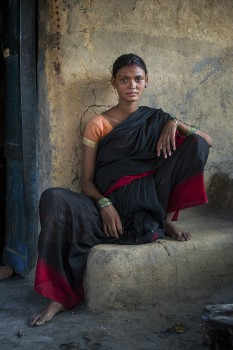 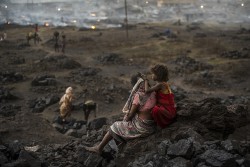 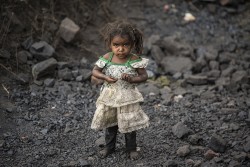 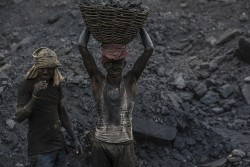 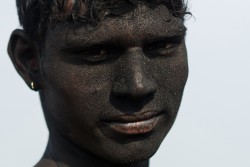 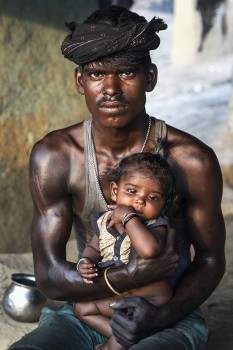 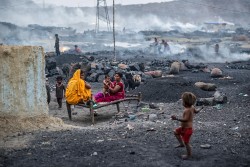