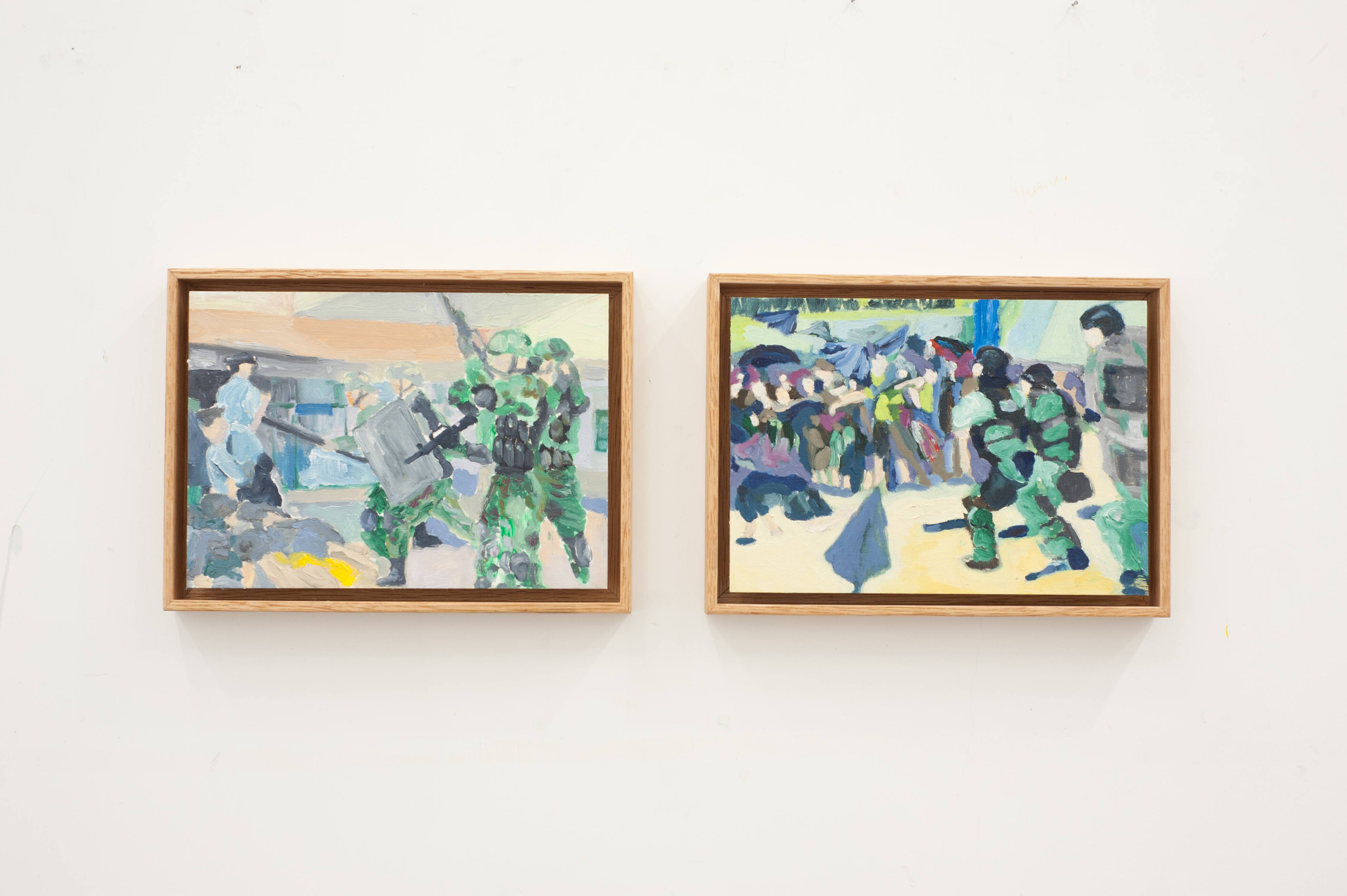 I tried to search images from Baidu(Chinese search engine) by using the photo I found on Google. The primary photo presents a conflict scene between policemen and peaceful protesters in a shopping mall during a protest. This photo is censored by Chinese Government and not surprisingly other photos with any conception of conflict and rebellion are also prohibited. The most alike image shows a rehearsal scenery of soldiers combating crime. My paintings represent the two images in a painterly approach to reveal the increasing similarity between the two authorities of Hong Kong and China. I want to look into the role of images in today’s society how conception is transmitted through the lens and the paintings.