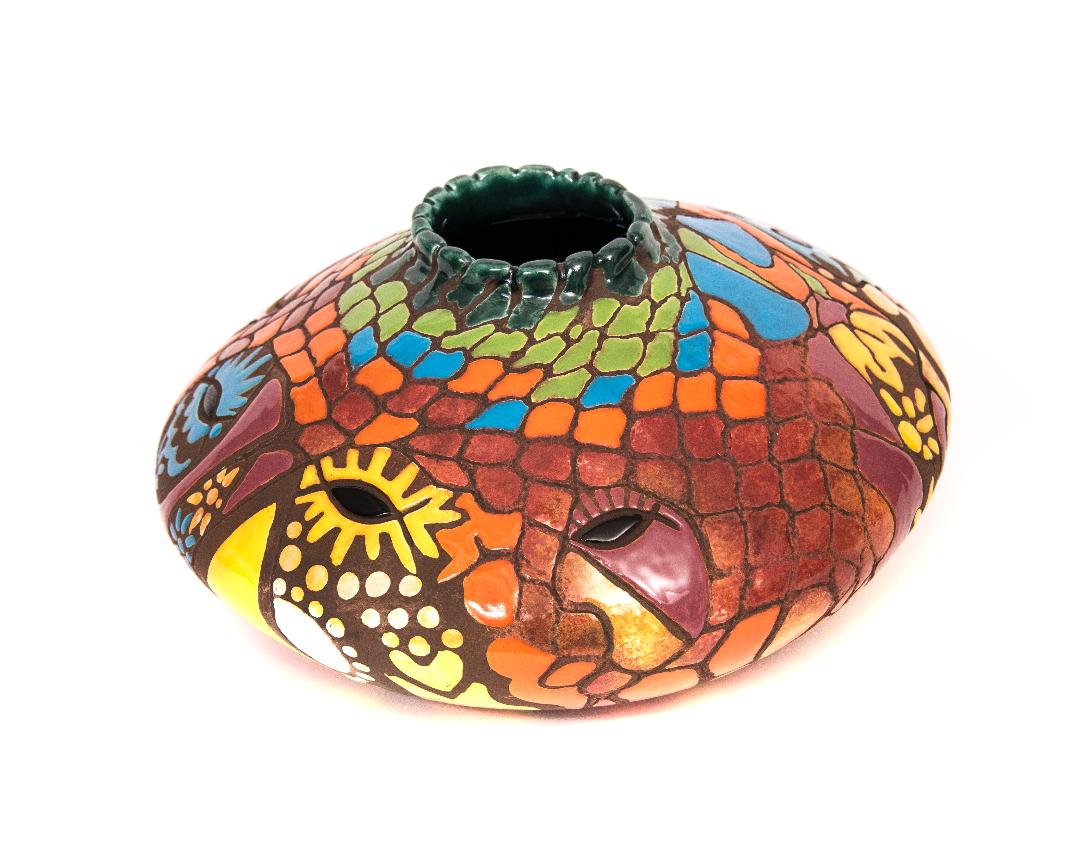 Buddhas in Paradise was originally carved in July 2018. I set the piece aside and came to it again in early December, shortly after the fires in Paradise, California just 8 miles away. As I began to glaze this piece it seemed like it wanted to express a village or community around the form. In this process, images of Buddhas emerged and were glazed onto the piece. During this time, I was also seeing the images in news of the flattened and devastated city of Paradise. In those images, I noticed that what often rose up through the ash, surviving the fires, were various sculptural figures and imagery of Buddhas, angels and the like.