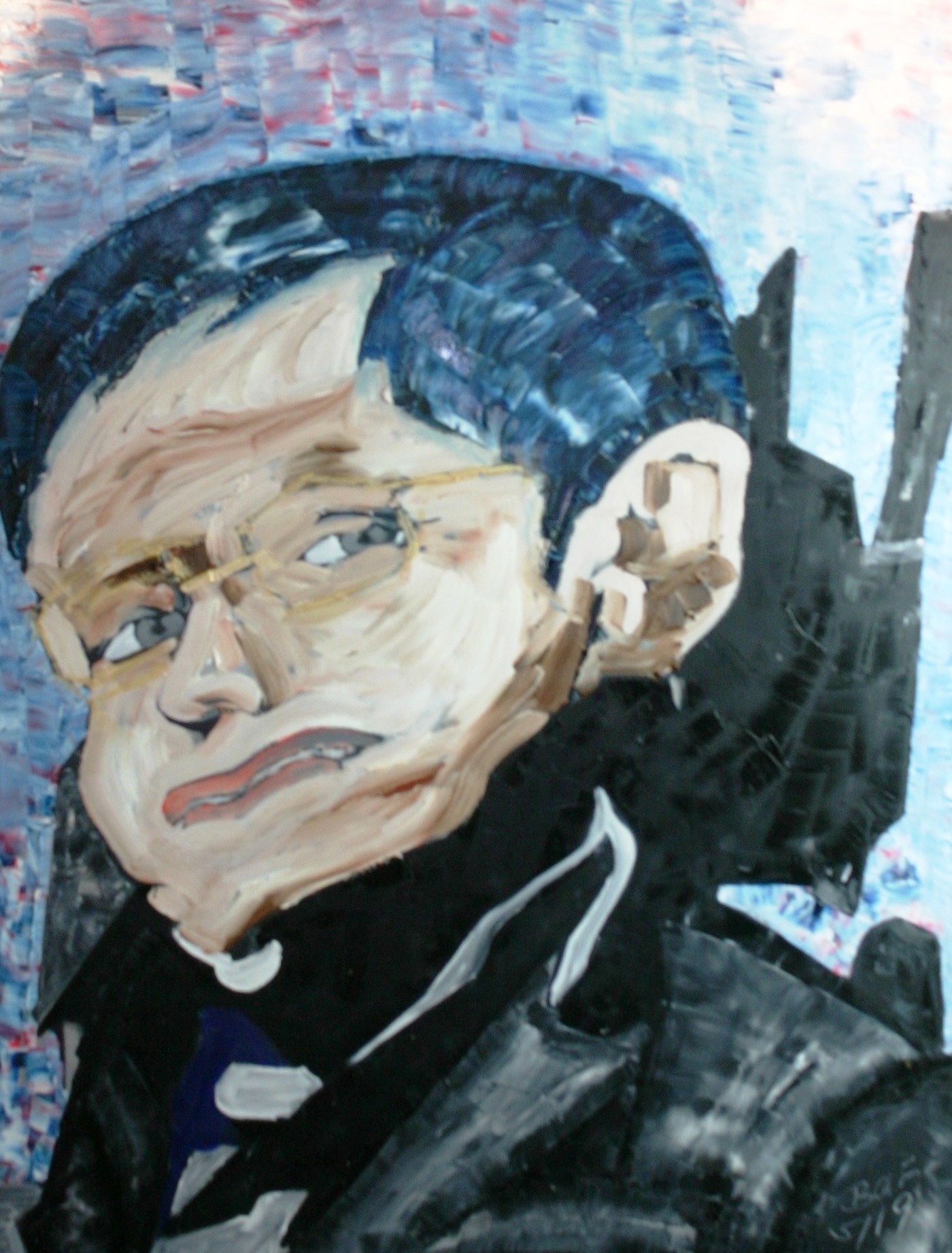 Stephen William Hawking (8 January 1942 – 14 March 2018) was theoretical physicist, cosmologist, and author who was director of research at the Centre for Theoretical Cosmology at the University of Cambridge

He was the Lucasian Professor of Mathematics at the University of Cambridge between 1979 and 2009.

The MND diagnosis came when Hawking was 21, in 1963. At the time, doctors gave him a life expectancy of two years. But Hawking died at his home in Cambridge on 14 March 2018, at the age of 76. (WIKIPEDIA)

Stephen Hawking lives on this oilpainting, created short after his death. Worked out as a cartoon, because he was loved as a humourous scientist.