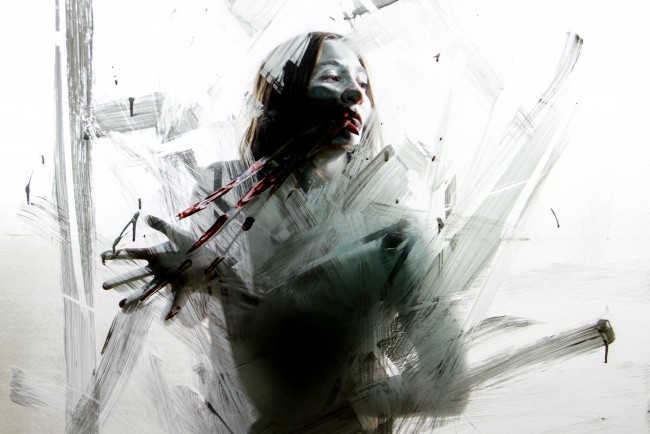 This picture is inspired by the idea of psychemerging, a made-up word designating the attempt of our inner self - our psyche - to emerge, to take a physical shape and to materialize. In order to represent this particular concept, I realized a picture which looks more like a painting, thanks to the combination of two visual arts: after painting in white and grey the body of the female subject, I placed a huge glass panel, also painted on both sides, between the objective and the woman in the picture. The lines of colours on the glass aim to be a material trace of the movements - the psychemerging - the woman made during the shooting. In this context, the glass takes on a new role: it works as a film on which the act of psychemerging is impressed.