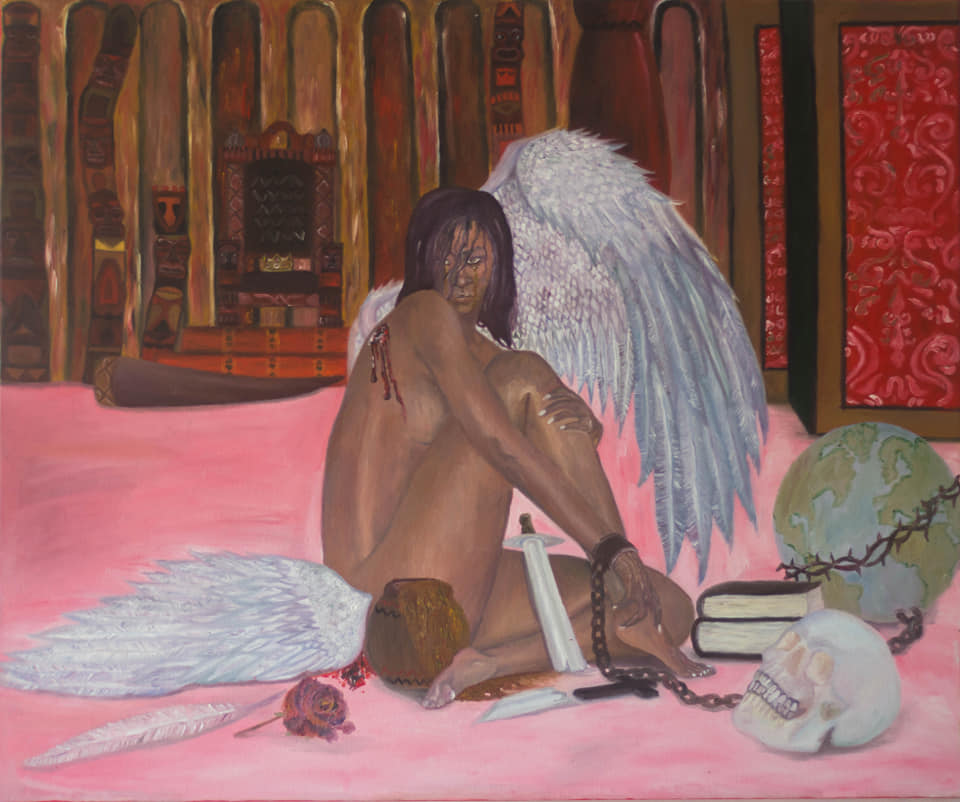 Been out for long as an artists but am bringing this piece called 'THE ACCURSED',this is generally centered on the African women and all African women are black queens ,African women are the most abused,most marginalised,most discriminated most trampled upon,most depressed,if you can see the painting you can see an African lady with a cut off wing on the floor of a typical African Royal palace which shows she is a queen,but the problem is that she has given so much to the world she has opened up to the world she has nothing to hide she has been faithful n loyal to this world but the world has given her pains in return she has been abused and rejected her wings is been taken off so she wouldn't fly high again she has tried to disengage herself from this world but she is chained to this world of misery and pains so she cries tears of gold because her tears is very precious she is fighting because she is a strongwilled woman,but its not enough,I just want to use this as a crusade against black women abuse,say no to abuse.